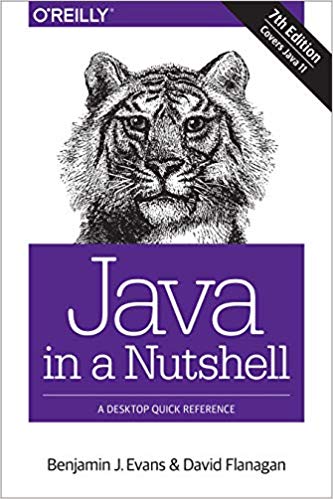 This updated edition of Java in a Nutshell not only helps experienced Java programmers get the most out of Java versions 9 through 11, it’s also a learning path for new developers. Chock full of examples that demonstrate how to take complete advantage of modern Java APIs and development best practices, this thoroughly revised book includes new material on Java Concurrency Utilities.

The book’s first section provides a fast-paced, no-fluff introduction to the Java programming language and the core runtime aspects of the Java platform. The second section is a reference to core concepts and APIs that explains how to perform real programming work in the Java environment.

Order Now!
About the Book

The sixth edition of this book covers Java 8, whereas this edition covers Java 11. However, the release process of Java changed significantly with the advent of Java 9, so this book is released only a year after Java 9 arrived. Java 11 is also the first long-term support (LTS) release of Java since Java 8, so it seems likely that many Java shops will jump straight to Java 11 from Java 8.

With the seventh edition we have tried to update the concept of what it means to be a “Nutshell” guide. The modern Java developer needs to know more than just syntax and APIs. As the Java environment has matured, such topics as concurrency, object-oriented design, memory, and the Java type system have all grown in importance—even among mainstream developers.

In this edition, we have taken the approach that only the most recent versions of Java are likely to be of interest to the majority of Java developers, so we usually only call out when new features arrived if it was with Java 8 or later.

The module system (that arrived with Java 9) is still likely to be new for at least some developers, and it represents a major change.

Preview
Disclosure of Material Connection: Some of the links in the page above are "affiliate links." This means if you click on the link and purchase the item, I will receive an affiliate commission. I am disclosing this in accordance with the Federal Trade Commission's 16 CFR, Part 255: "Guides Concerning the Use of Endorsements and Testimonials in Advertising."